Hidden away in Perseverance Works is Richard Frenneaux, a performer-turned-producer who is experiencing newfound success after his collaboration with Noemi hit the Italian charts at Number 2.

The producer, who previously had his own success with band Red Light Company, has been identified as the hit maker behind the album, which debuted at number 2 in Italy and has seen Noemi, one of the coaches on the Voice Italy, take on a new direction. 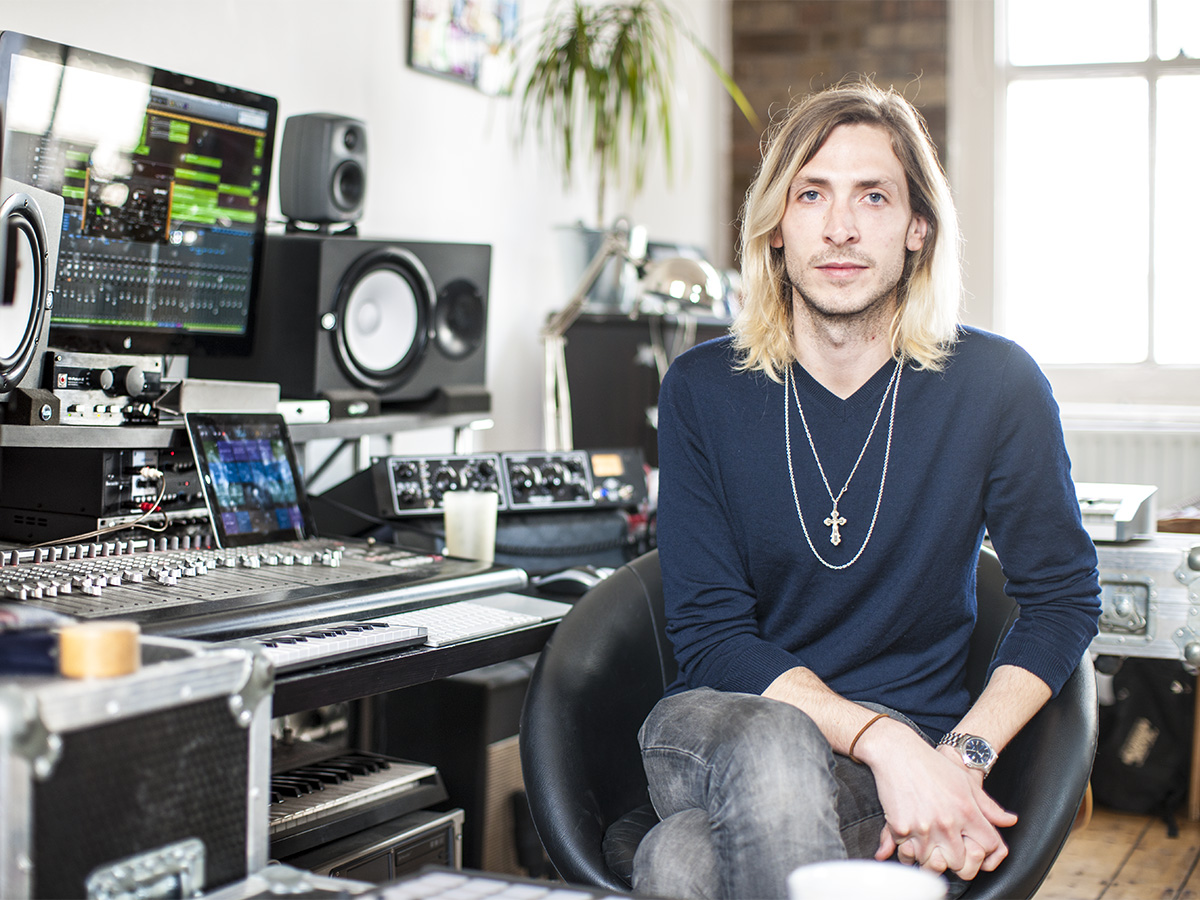 Drawing on influences such as Laura Mvula in trying to create a new sound for Italy, Richard explains his attempt to create a raw percussive sound, as he and Noemi looked to carve out an identity for the singer: “Italy is ravenous for music. Noemi had very specific ideas of what she wanted to be. She was looking for a really left-field approach to making a record, because previously it was very straight and very Italian. She wanted it to be kind of a London-based aesthetic”. But writing for the Italian market and for another language posed a particular challenge: “the Italians have a very specific way of singing, it was almost like bringing the Italian way of singing in line with a more British sensibility with the vocal line,” he said, pointing to his new approach to melody.

While his input was primarily in production – and vocal rather than lyrical – you get the sense that Richard’s involvement holds a certain significance. Having previously experienced chart success in the UK with the album Fine Fascination with alternative band Red Light Company, which debuted at No. 13 in 2009, you get the feeling that Richard understands the music industry’s inner workings more than most. And whilst the success garnered behind the desk with Noemi is obvious, it is his work in the spotlight that brings his proudest moments: “The Red Light Company album stands out for me, just because it was a body of work that I created. I find that when you’ve done a body of work the feeling is slightly different, because you feel like you’ve created a world around something and you just give it to the world and see where it takes you. That’s an affirmation”.

Richard’s roots in music production go back to his time studying music technology at Hull University. It is from there where the success with Red Light Company began and gave him a taste for more, out of the spotlight. “From Red Light Company I moved into more electronic projects; they were much more production heavy and I began to experiment with sound. It was then that a decided that I was much more at home in the studio rather than in a live environment. I had more of a passion for developing projects and artists than focusing on my own stuff.”

It was four years ago that the transformation from frontman to producer truly materialised and Richard is feeling the benefits just as much as Noemi. But it is that collaboration with Noemi that has propelled Richard onto the Southern European music scene. After an introduction from Simon Aldridge from BMI, a one-day session produced the lead single ‘Bagnati dal sole’. The chemistry between the two was clear and the album ‘Made in London’ is the end result.

But while Noemi’s inspiration lies in British production, Richard’s lies in the creative space in London, Perseverance Works. Having been based there for four years, he says he owes much to the environment in which he works – a space that allows him to be so creative: “Being based here has helped massively. Seeing people working everyday that are aligned in the same industry is massively inspiring, it also motivates you. The bedrock of what I do is this space. In terms of a creative space, the whole place can not be put into words. In terms of impact, it’s been wonderful – the best thing”. And while Noemi pushes her album and singles in Italy, Richard continues to develop identities through his collaborations with rising stars such as Ella Eyre, Laura Welsh and Ashton Parson.