JJ Locations will soon be home to a new exhibition that sees location owners take centre stage. More used to the standing in the wings than shining in the spotlight, the subjects of the 40-print show reflect the beautiful spaces on JJ’s books.

The idea came to JJ founder Johnny Jones several years ago, though he set about bringing it to life in late 2013. Originally conceived as a nice feature for the website, with a coffee table book to be published further down the line, the exhibition was an added bonus. 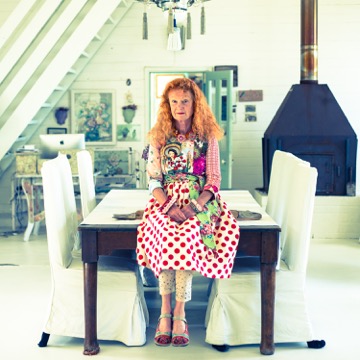 “I am constantly inspired by the houses people create. Our best locations are not contrived – they are naturally styled as individual homes, with the bonus of being hired out as locations,” explains Johnny. “It’s interesting how one owner can live in a white, minimalist apartment, while another might have a cluttered bohemian house. Unsurprisingly, they could not live in each others’ houses!” he adds. 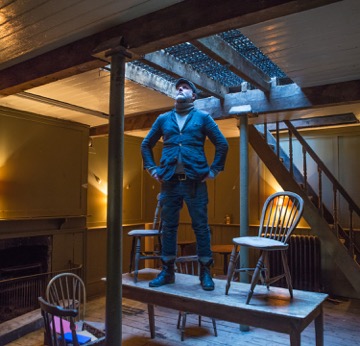 Most of the subjects – many of which were photographers – had known Johnny for years, helping them feel relaxed in front of the camera. With around 90 photographs in the series, 40 of which will be on display at the exhibition, the project includes a wide array of locations and people. “Owners often resemble their locations in their character and dress style, in turn creating the perfect picture!” says Johnny.

Needing to showcase both people and location, the photographs had to incorporate aspects of portrait and landscape in the same frame. “At the same time, there needed to be some quirkiness. I didn’t want the pictures to be smiley snaps, but there were some exceptions where the focus was on the subject primarily,” Johnny explains.

The exhibition runs from 10-5 on Wednesday 18 March until Friday 20 March at JJ Locations in Perseverance Works.