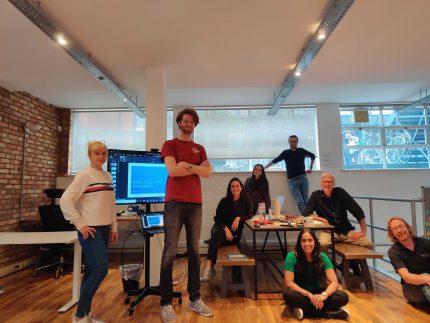 Caeli Nova – fresh air, in Latin – stands at the intersection of medical technology and aerospace. The business is keeping quiet on its patented core technology but describes itself as a ‘breath of fresh air in aviation’ with technology that ‘re-thinks the science behind human performance, safety and survival in various critical situations.’

Aiming to save airlines millions of dollars a year, improve the passenger experience and reduce the aerospace industry’s significant carbon footprint, Caeli Nova’s ambitions are sky-high, and its roots are international; the product under development behind closed doors in Shoreditch is based on science developed by the founders in Switzerland.

“Some of what we do happens in an R&D workshop lab area. We have the flexibility to do what we need to do here,” explains Tim Wakeford, CEO at Caeli Nova. “There was very little opportunity to do that sort of thing in the co-working spaces we were in around East London, which were either fully furnished offices or very regulated unfurnished places,” he adds, citing the direct line to the landlord as a key benefit of being at PW as it allows the business to adapt the space to suit their needs.

And they’ve had to adapt quickly. The company launched in May 2018 with one employee and moved to Perseverance Works in October 2019 with ten staff. It now has a headcount of 24 and will look to expand into more space at PW in the future. 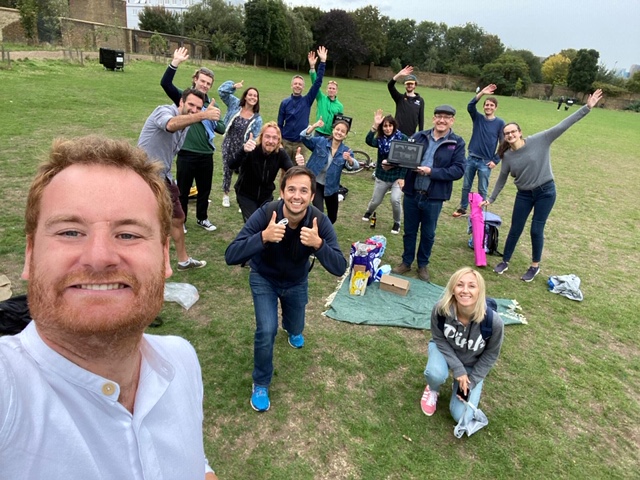 With its creative strengths in the engineering space, Caeli Nova extends the range of creativity at PW and will no doubt add to the ideas that arise over coffee in the courtyard. Indeed, the outdoor space and atmosphere were one of the major attractions of PW when they visited the site for the first time last summer.

“We always wanted that kind of community. You get a community in some of the co-working spaces, but this feels a bit more grown up,” explains Tim, who says the very early stage businesses in co-working spaces had a different work ethic. Caeli Nova’s longer term lease allows the business to really commit to growth and transition into a later stage venture.

“I feel like we’re treated fairly, from a cost perspective. Broadband is an example; it’s a reasonable price for a good service and it’s the same with the service charge – a fair amount of money for a site that’s well looked after,” says Tim.