Give-Get-Go gives the public the chance to become professional film-makers for the day. Works Post caught up with Hackney-born Tony Klinger, film-maker, author and founder of Give-Get-Go, to learn more about the company’s mission to make film-making accessible to all and Tony’s experience working in the industry in the UK and Hollywood.

Amy King: I’m really interested in the idea of democratising creativity. To what extent do you think lack of access is a problem in the creative industries? 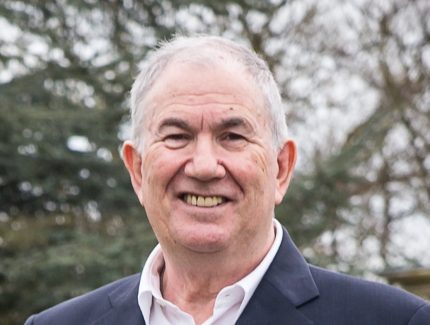 Tony Klinger: First of all I want to emphasise how much I agree with you about being interested in democratising creativity. I feel there is a major flaw in the argument people make about the democratisation of creativity. Yes, it’s easier than ever to make a record, publish a book or produce your movie. But the truth is that its still whoever owns the distribution pipe who calls the tune to the content creators.

My attitude was that the best help for creative people would or should be other creative people. I wanted to create an environment where this would be possible and because I believe in the idea formed bCreative – a virtual environment to achieve this objective. But the truth is that despite our attracting several thousand members, we discovered that almost 100% of our members kept their communications within the most narrow of definitions. Therefore scriptwriters seemed intent in only communicating with other scriptwriters and editors with editors and directors with other directors. It was to overcome this narrow vision we began a different and far-reaching review where our aim was to make it beneficial for people to interact. In Give Get Go you give ideas and time to help take projects, make them practical, and get them produced and then, because that’s still not enough, you go and place them on the market, public shows, and demonstrate your abilities as a creative force to as wide a world as possible. The major guarantee is you get help from everyone in your group and then you repay that by providing your help for their projects.

AK: Who is your typical customer? Is it primarily people wanting a new experience with a group of friends, or people considering film as a career choice and wanting to see first-hand what it entails?

TK: Anyone and everyone is a typical customer! From initial responses there doesn’t seem to be a limit to our appeal. We anticipate a big demand from kids and their parents for parties and other celebrations, but we have also had enquiries about young people who want to be actors or technicians; all comers are catered for, whether they just want to have fun or have serious professional ambitions.

Our general offer for the public is primarily three levels of basic to luxury film production available to up to 8 teams simultaneously and that will take place 3 times per day, morning, afternoon or evening sessions. Yes, that’s 24 films being made a day in addition to what we are doing for corporations or VIP’s or specialist groups! We also have a very large programme tailored for corporations or psychometric assessment programmes provided by experts in those fields. In addition there are provisions for either students or staff of educational establishments of every level and size. All of these are taking place at various venues in the very heart of England, in Northamptonshire, at one of our sites, but specialist corporations or VIPs can pick a venue of their choice.

AK: What did you do before setting up GGG?

TK: I started out as a “gofer”, you know, go for this and go for that. I worked in every film production and distribution and exhibition grade through every holiday from about 14 years old. I did every job until they let me move onto the next one up the ladder. The only things I didn’t do were make-up and hair and the craft skills because I would have been terrible! But actually I was writing all the time. I won my first writing competitions when I was about eight and had an offer to publish my first book when I was around seventeen, which like a shmuck I turned down because the deal didn’t seem very good. It was another fifty years before I was to publish my first book…quite a gap!

After gaining a little traction working on shows like The Avengers as a very lowly assistant director I found that it was quite easy to “borrow” equipment and facilities in the late evenings, weekends and holidays when I, with my then partner in crime, Mike Lytton, started making ever more ambitious documentaries like The Festival Game and Extremes. In fact both of these films have just been re-mastered and are currently back out there after all these years. We must have done something right!

As time passed the films just got bigger and my role in them was a variety of combinations of producing, directing and writing. Sometimes also involving me in an executive position.

This all happened before I was in my middle twenties, by which time I had been in a senior role making films with people like The Who, Deep Purple, Roger Moore, Michael Caine, Omar Sharif, Peter Ustinov, Sir John Gielgud, Peter Fonda, Charlton Heston, Mickey Rooner and many others.

Making films like The Kids Are Alright and Gold armed me with a wealthy of experience and a growing amount of knowledge in all aspects of the industry. It gave me the opportunity to go and work in the States for a number of years that lent me a different perspective on the industry. 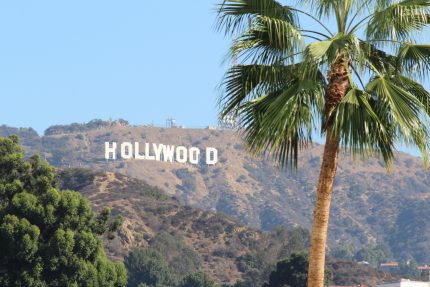 But, and this is a big but, I also became a little jaded by the experience. I think I lost a little bit of my edge living in L.A. It was one of those big moments of choice. I was offered a very impressive role as head of production of a mini major studio in Beverly Hills, the great car and the smashing house and we were about to sign on the dotted line at the airport but I just couldn’t find it in my heart to do it.

We returned to England and through a strange series of circumstances I found myself responding to an advertisement to be an Associate Lecturer at the ultra prestigious Bournemouth Film School. What harm could it do, I thought. A few months, part time, in a great place by the seaside…

What followed was several years of huge enjoyment, success and pleasure, reigniting my love and passion for film making, following my spell at Bournemouth I was head of the MA programme and latterly created the undergraduate courses in film production at the Northern Film School in Leeds and followed that with a wonderful time as Director of the Media Production Centre at the University of East London which kindly also made me Director of two other departments.

By now I had gone on to be Senior Lecturer and we had won an embarrassing amount of prizes with our wonderful students who deserved all of them for putting up with my pushing them so hard.

AK: It’s interesting that you’ve moved from a big institution like the University of East London to a smaller business. How has that experience been?

Big or small organisations vary in terms of being able to impose your personality or being subsumed into the culture of a larger beast that can swallow you up. I have always felt more comfortable in smaller groups that are intimate and which are more human in scale and therefore are more approachable and comprehensible. But there is a big plus in huge organisations because they can provide facilities, back up, resources and the momentum of the gathering herd.

Even when I was working in very big organisations though, I pretty much saw my department or Directorship as  autonomous but of course the reality is that this was not so. It feels like it, and you might be encouraged to believe you own the strategy unless you cross the strategic plan or the budgetary boundaries of the hive, but in any operation there are always money aims and ambitions allied to the tactics driving toward your strategic goals.

The best thing about being employed by someone else for a while was getting paid without worrying about profit and loss. I was, and remain, much more used to being subject to the whims of the market place. I love being the master of my own creative destiny and enabling others to be in that position. I’m not a fan of mixing public and private finance because the aims of the investment must, by definition, be different from one another and are therefore, more often than not, conflicted.

All my life I have been a storyteller. Even as a small child I had an imaginary friend and could tell long tales to my patient family. Those stories seemed to give other people as much pleasure as they gave me. Being in a big structure made some things more possible and others, less so. The disadvantage was that in a smaller outfit you’re almost always looking for money or doing deals because the infrastructure isn’t yours by right. Working on something that’s rapidly expanding like give-get-go.com is the nearest thing to somewhere in between. It’s like moving from an ocean going liner, slow, ponderous but pretty safe onto a super powered speedboat crashing down the rapids. They both have their merits, but the latter pretty much only suits the more adventurous, or crazy, and I have come to the conclusion that defines me. I like the excitement.

AK: What response have you had to GGG so far?

TK: We have had a 100% favourable response and when we start marketing in January we expect that our biggest challenge will be trying to meet an explosively growing demand. But we will!

AK: What are the next steps for the business?

TK: We will be spreading geographically to an additional couple of hubs in the North and inner and outer London in the next 12 months. We have identified a further number of such sites in the UK for the following 12-24 months and during the latter period we also want to expand into North America and mainland Europe and other geographical opportunities. We have already had approaches from various potential collaborators in many countries, which we find very encouraging.

We also intend to adapt to the marketplace as it develops. This will mean our providing experience in the growing and diverse related visual areas of production such as virtual reality, augmented reality, VFX, CGI and new areas yet to be created.