When I spoke to Josh Ogden, co-founder of Justified Studio, a design and technology studio, I was the third interview his business had done that day. FINDS, a video marketplace for second-hand clothes (think DePop meets TikTok), had just launched, and it was landing well. Its bold and punchy aesthetic (pictured above) had grabbed the media’s attention.

Justified Studio does strategy, brand design and digital design – a three-pronged approach that means the company can take a business from concept stage to launch and beyond. From the naming and positioning of a company to its brand design – including colours, logo and feel – Justified Studio also propels a company’s rollout into the digital space through its website and products.

The company has a particular track record of working with companies in the green and sustainability space. Not least because its first retained client was none other than the United Nations.

‘The whole concept of that project was to ask how you can use graphic design and communication techniques to engage youth with the United Nations and make it feel more exciting. We were really inspired and started to think how we might apply that to other sectors,’ Josh explains. 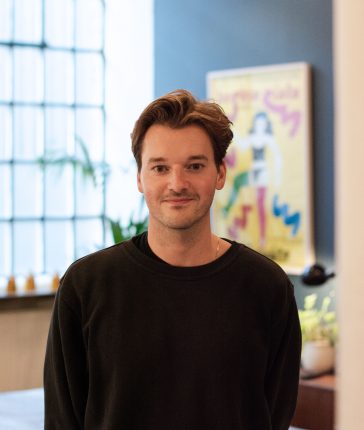 ‘Then we got a brief through from a Swedish energy company. Green energy and solar panels were so boring, especially in Sweden, where it was a photo of a solar panel in a nice field and big equipment on the roof. To get young people excited about green energy it needs to feel like tech, like Apple, like an exciting and forward-thinking space. We took that approach to the green energy sector. It got loads of press and off the back of that we got a lot of work in that space.’

Fast-forward to 2021 and COP26. Justified Studio worked with a 22-year old climate activist and founder of Force of Nature, a firm that empowers Gen-Z to face up to the climate crisis. Force of Nature had coined the term ‘eco anxiety’ to describe the overwhelming unease felt by many young people in the face of a daunting (and pressing) climate emergency.

‘The idea is that everyone is anxious and confused and doesn’t know what the future holds, but if we start to talk about it then… well, it’s like every other mental health problem: communication first, and find communities that help you talk about it,’ Josh says.

In response, the studio came up with a digital platform to help people voice their eco anxieties. This led to pop-up phonebooths at COP26, capturing conversations around climate and converting them to action.

Justified Studio launched in 2018 when co-founders Luke, Will and Josh, who had studied graphic design together at university, began to collaborate. With experience in digital design, brand design and advertising respectively, the trio’s range of expertise made for a natural fit. This breadth also saw the young business remain steady through the tumult of the pandemic. 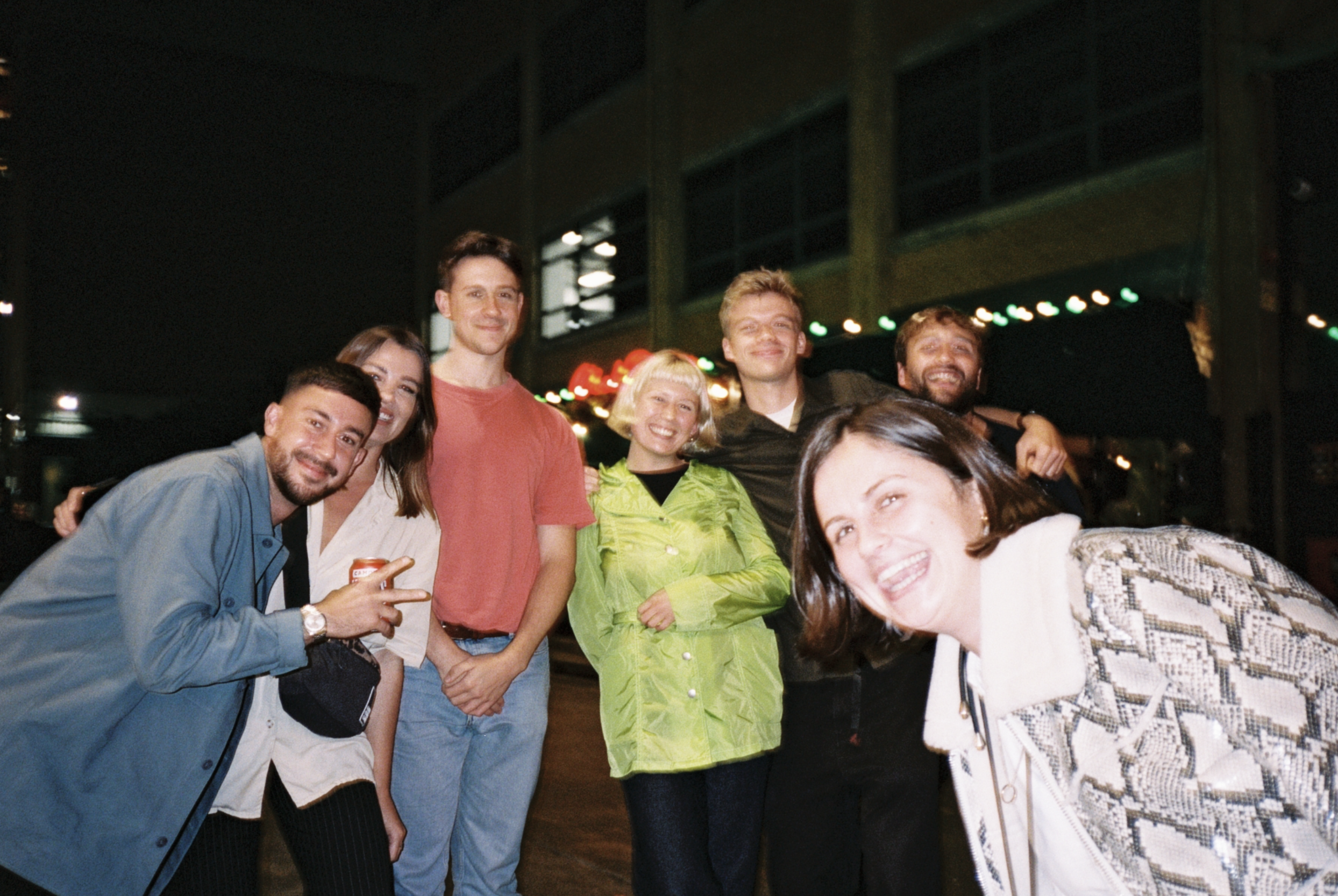 ‘We managed to survive Covid quite nicely because of we did a lot of digital work. We’ve also been able to fill out the team structure between us three as founders, including writers, strategic thinkers, graphic designers, digital designers and coders,’ says Josh.

The business moved to PW in summer 2020, quickly emerging victorious in the courtyard Ping-Pong tournament. The outdoor space at PW was a pull, with clients describing the site as ‘a little oasis in Shoreditch.’

It’s been an attraction for new hires, too. ‘We’re always looking for new talent. I’ve done talks at universities, and what’s most important is that our work resonates. You can teach design skills, but you can’t teach new talent to want to progress the stories we tell and the types of projects we do,’ Josh adds.

Projects in the pipeline include a sustainability-focused campaign for luxury fashion house Chloé, which recently gained B Corp Status, and a digital rebrand for Natoora, a farm-to-table business that wants to move from working with high-end chefs to open up to everyone. ‘It’s really exciting,’ Josh explains, ‘because it’s an e-commerce challenge, a positionality challenge, and a branding one, too.’ 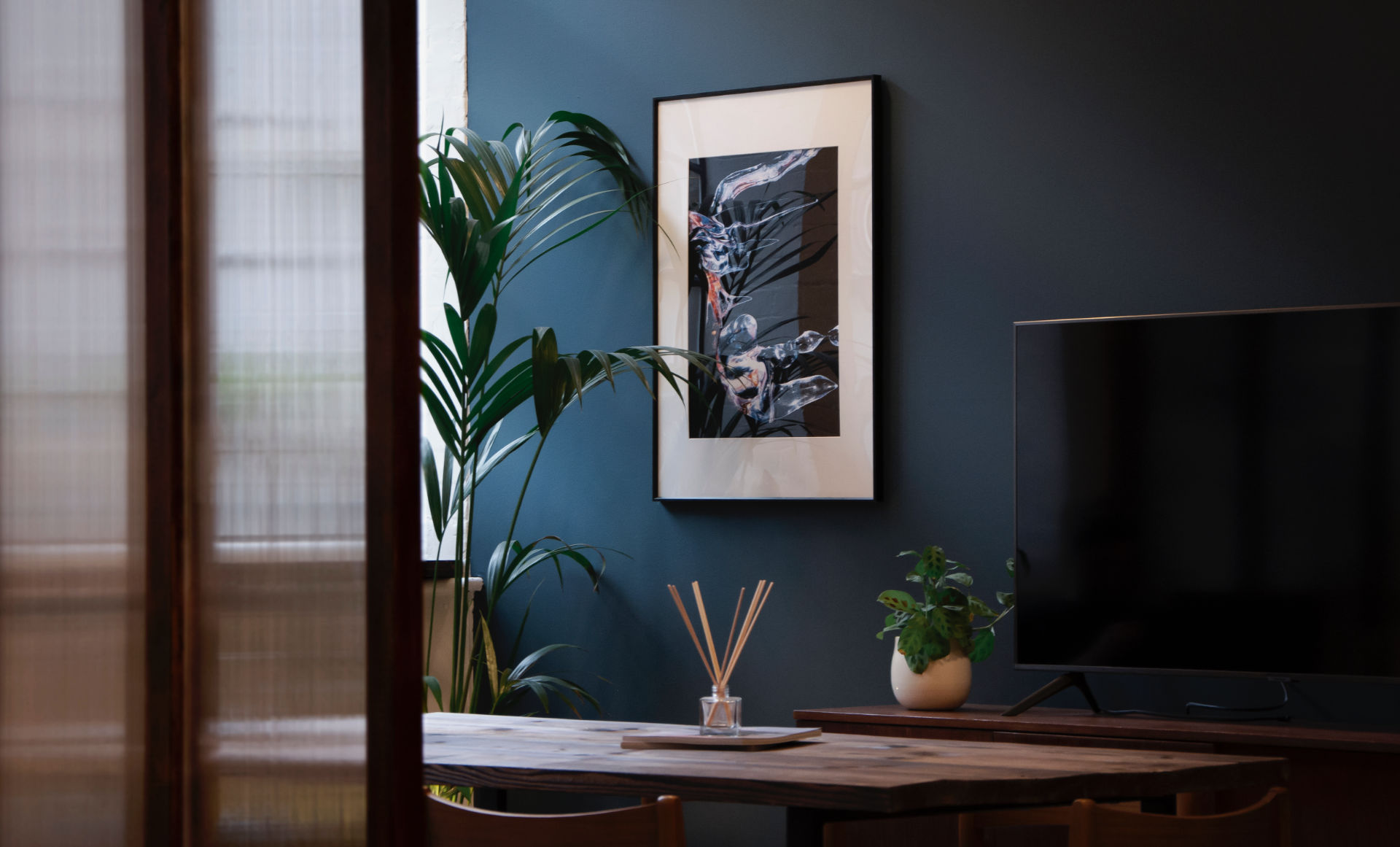