Performing at the 21st anniversary of Contemporary Music for All [CoMA] brought back fond memories for Sabine Hogenhout after 15 years away from the spotlight of classical music performance. Having spent much of her childhood performing, Sabine reconnected with classical music, eventually performing within a contemporary music ensemble at St John’s in the field as part of the 21st anniversary celebrations.

Having grown up in Holland and attended the Conservatory – Holland’s music university – Sabine has always had a clear and natural connection with music: “I went to a Steiner school, so everyone plays music there, it’s the norm, so music came quite automatically.

She took up the flute at the age of 9 and began progressing towards a professional career before realising that maybe her career path lay elsewhere. She says: “Playing an instrument is very lonely, you can’t hide behind anything. So if it doesn’t work or if you don’t manage to do anything, it’s visible. You have to deal with that every time, the whole time; it’s lonely and exhausting. Also I missed things too like maths, drawing, different types of information.”

Realising that music wasn’t the direction she wanted to be heading in, Sabine moved into architecture, a profession she says allows you to have all those different things, even music: “There’s a certain link between harmony and proportion”.

Architecture is also an area she feels has a connection with reading music, due to symmetry. “We were playing a piece with the ensemble [CoMA] and I looked at it for five minutes and said it’s symmetrical, so you could put a mirror in the middle and it would be exactly the same, and I think the fact that I saw that comes from architecture – I’m used to looking at proportions and symmetry.” 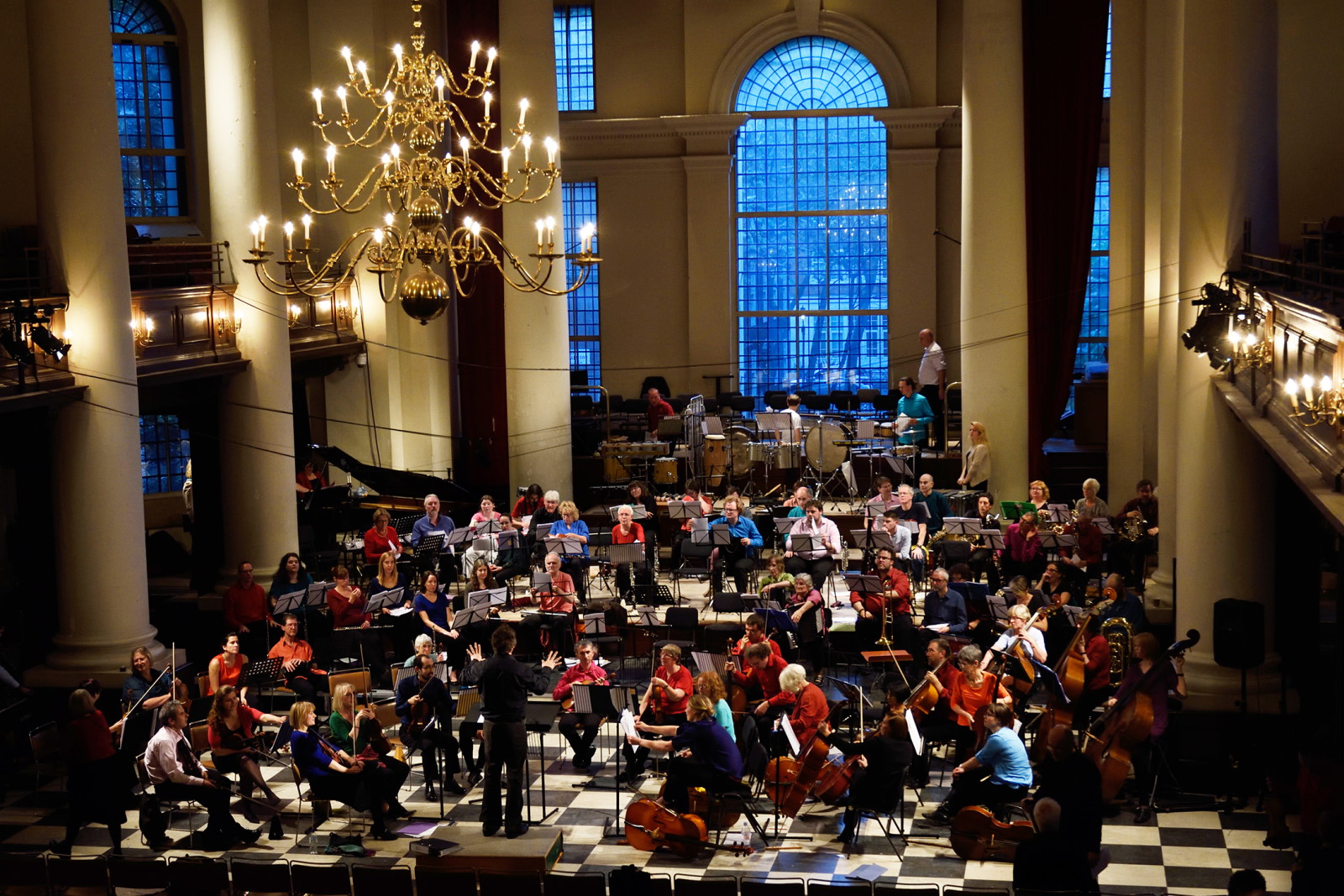 Sabine’s desire to reconnect with music after a 15-year gap was triggered after she joined a temporary choir, which reminded her how much fun it was just making music with other people. By her own admission, Sabine hasn’t been playing music for the last couple of years but has been listening more and more to contemporary classical music. When a friend told her about the CoMA ensemble the fit seemed perfect.

Sabine says: “The good thing about CoMA is that it’s for all, so they say you don’t have to do an audition, so for all levels they find some music that will suit you.

Playing came back quite quickly, it was quite remarkable how everything just went by itself and I still remember. And what’s completely different is it’s contemporary music, which I hadn’t played before, and the annotation of music is completely different – sometimes you just play a shape, or invent your own moves. It’s a different way of dealing with music.”

Sabine feels CoMA offers amateur composers and musicians several benefits, highlighting that it is one of the few platforms that contemporary composers have in the UK. She says: “A few weeks ago we celebrated the 21st anniversary of CoMA and they have 1, 000 pieces in the library that were written for the ensemble, and it’s a lot of young people that play it. And now all of a sudden they have a full ensemble with different instruments and it triggers them to look differently to what they are composing, because they have to keep in mind that some people are not as good as others at handling their instruments, or they’re beginners.”

Playing at the 21st anniversary was a bit intimidating – not so much the act of playing but the venue: “The location is quite intimidating; it was St. Johns in the field, so it’s a big church and the orchestra is playing.

What has changed since I was young is that I don’t mind so much making mistakes. So sometimes I’m two bars ahead of the rest and when I was young I would feel ashamed or embarrassed, I didn’t like it. It doesn’t have to go anywhere, it’s just quite fun and I appreciate that more. Also you don’t have to prove yourself to anybody because everyone is just trying to make music, and that’s what is really nice about it all.”

But whilst she is quite happy doing what she’s doing right now, Sabine is also keen to explore the current local contemporary music scene a little further: “I would like to know a bit more about the scene and what’s going on, like what composers are thinking when they compose something because it’s all a little bit new, so it goes back to classical music history, but they make their own steps.”

For now though, Sabine wants to stay in the ensemble for as long as she can, starting with the ensemble’s Christmas concert where all members are asked to write a one-minute piece of music. The score awaits.