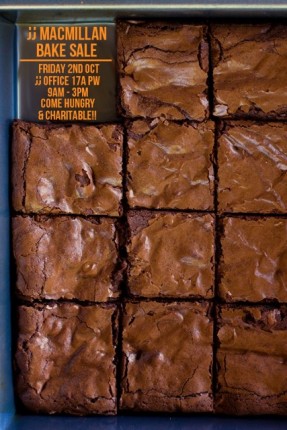 A whopping 98% of Macmillan’s funds come from voluntary sources, including donations in wills and fundraising events. Last year supporters raised £215m, 22% of which came via events, just like this one.

Congratulations to everyone involved in the fundraiser on a great team effort, and a big thank you to all those who bought coffee and cakes.

Following the success of Fund the Farm, that makes almost £1,700 raised at Perseverance Works in just over a fortnight. Well done to all!