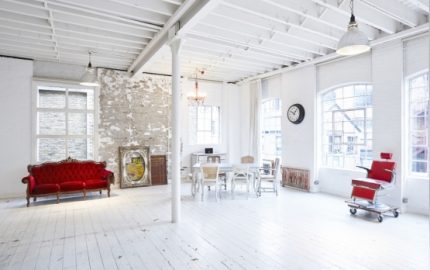 A year ahead of its thirtieth birthday, jj Locations has bought SNAP Studios and ThreeFour Lighting & Camera Hire.

Located next to Shoreditch Park, the SNAP acquisition adds a further five styled studios to jj’s range and boosts its studio space to more than 25,000 square feet.

“I always wanted to move into hospitality, so the studio-side is the perfect avenue for that. We pride ourselves on giving the clients the best experience, and we were the first to offer location studios in 2007. You either used to go and shoot in a blank photographic studio, or you would shoot on location. We combined the two, and offer a styled studio service,” says CEO Josh Jones, who joined the company at 17.

ThreeFour Lighting & Camera Hire supplies a full-range of equipment to clients on locations across the UK and Europe, as well as a full onsite service. Having worked with ThreeFour in the past, the business was a perfect acquisition target for jj.

“It’s been a huge learning curve,” says Jones, “I’ve learnt more in the past 12 months than I would in three or four years at business school!”

As part of the acquisitions, Guy Heritage and Richard King, former owners of SNAP and ThreeFour respectively, have both joined jj’s board of directors.

Home away from home 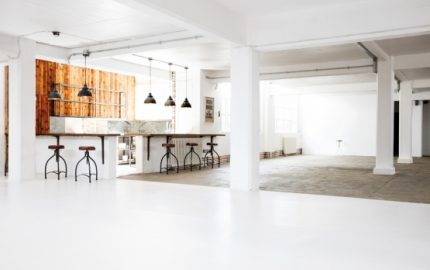 Launched by the Jones family in 1987, jj Locations originally supplied Winnebagos to clients on film sets. Travelling around the country with the location vans gave founder Johnny Jones invaluable insight into the huge array of locations around the country.

“From visiting locations, the agency was born and we would represent private properties around the country. We started off with stately homes and private residences, and then the library grew through London to include apartments and houses in the city,” says Jones, whose agency counts English Heritage on its books.

Having launched as a location agency and a photographic studio complex, jj now also hosts events for the likes of Nike, Google and Facebook. The company has grown from a family business operating from the back garden, to an experienced team of 40. “We are now jj Media Group, and our growth strategy is to become a plethora service company, specialising in chosen fields. ‘Create with jj’ is a strap line we are playing with. We want to be a platform to help clients create content, events, parties, photo-shoots and TV shows, and we have everything that they need to do so,” Jones adds.