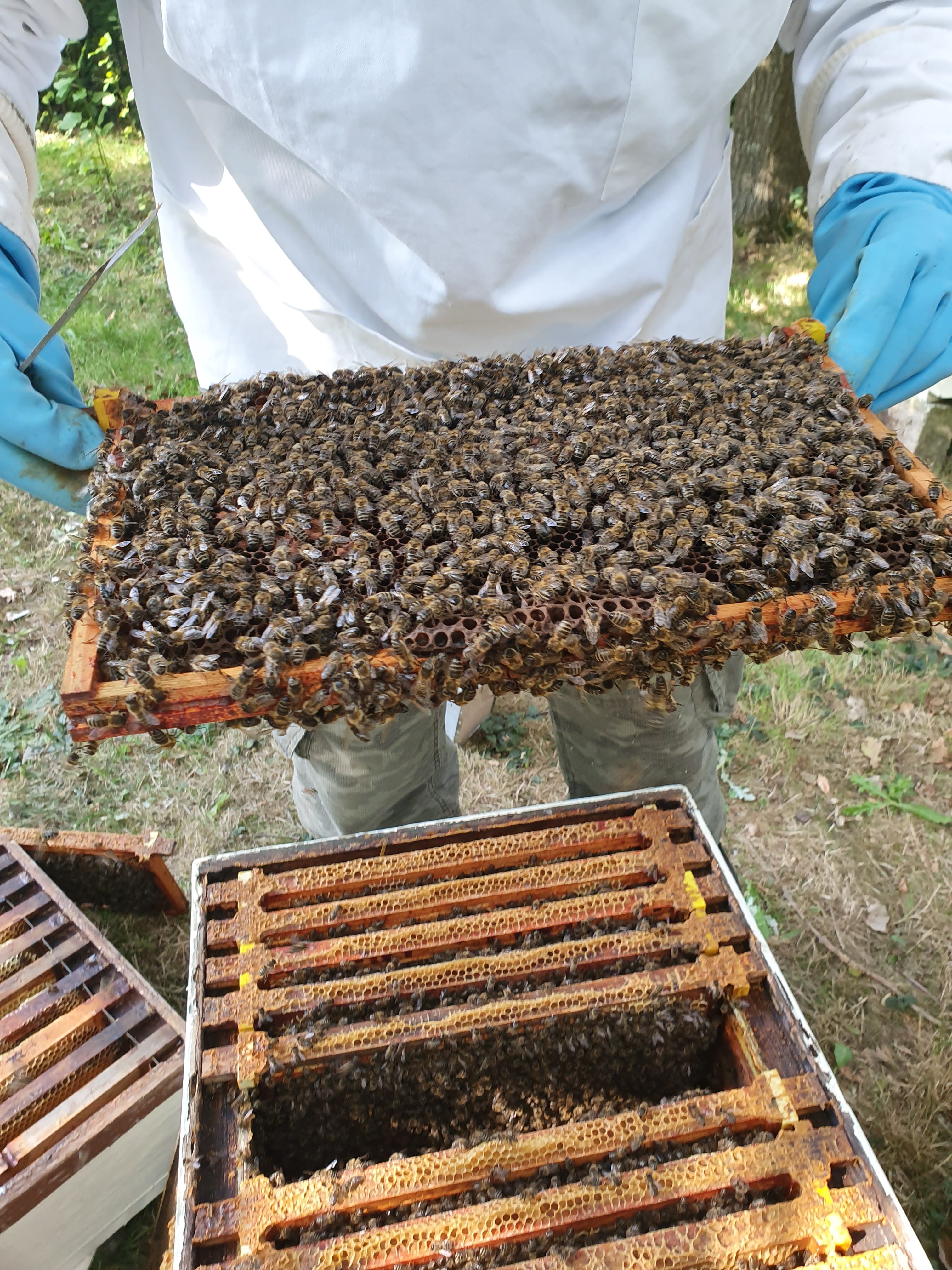 When bees took over a chimney in his Norfolk home for the third year running and local beekeepers refused to take the swarm because of insurance, Martin Dilley took matters into his own hands.

‘We were advised to destroy them, which we weren’t prepared to do,’ explains Martin, IT manager at Atelier Ten. ‘I made a homemade beekeeping suit out of various bits and pieces including welding gloves, a cowboy hat, netting, wellington boots and some thick trousers, and I got them out of the chimney myself and put them in the beehive we’d bought.’

Having saved the swarm, Martin started to research what’s happening to the world’s bee population and quickly realised they need protecting. From natural dangers including Foul Brood disease, which has wiped out colonies in the US and Europe, to the devastating Varroa mite and wasps, which take over beehives to steal their honey, our bees are under threat. Add to that the impact of man-made pesticides and the destruction of their natural feeding gounds – ‘more than 90% of wildflower fields have disappeared since World War II and are being used instead for agriculture,’ Martin explains. These dangers have had an enormously damaging impact on the world’s bee population: a third of the UK’s bees have disappeared in the last ten years and almost a quarter of Europe’s bumblebees are threatened with extinction.

‘When I started looking into it, I was amazed by the life of a bee and what they do and realised we need to protect them,’ says Martin, who lives on a 2-acre smallholding in Norfolk, surrounded by trees, paddocks and wildlife. ‘We thought: well, we have the space and we live in the middle of nowhere with loads of food for the bees around. We should do more! But it is an expensive pastime.’

A force to bee reckoned with 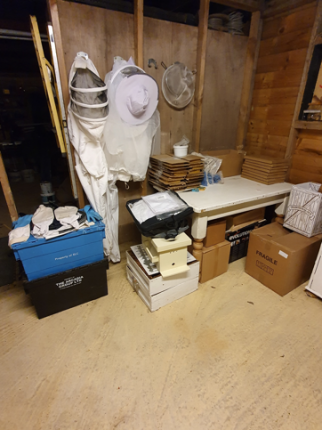 Every year, staff at Atelier 10 are invited to pitch to the Atelier Ten Foundation, which donates part of its annual profits to charitable endeavours. The company has supported the provision of clean water with WaterAid in Mozambique, and photovoltaics in the Himalayas so schoolchildren can see in the classroom. ‘Most things that have put forward have been for people. I had to work hard to get my proposal through because it was for bees, rather than people,’ Martin explains.

To his delight, Martin’s pitch was successful. Part of the funding will be used to get Atelier Ten staff members to his Norfolk home to learn about bees and beekeeping. ‘But because we’re an environmental and sustainable engineering company, I’ll also speak to our clients to ask if they might incorporate beehives into their building design. If they agree, I’ll train them in how to look after the bees,’ he adds. Funds have also been used to buy beehives and ancillary equipment, colonies, protective equipment for visitors, and to fund Martin’s training at his local beekeeping association: ‘There’s only so much you can learn from a book and YouTube!’

His new pastime is proving very therapeutic, though it can be a noisy one with the humming of the bees and the sound of nearby magpies and woodpeckers! ‘You find yourself wandering over there and though you don’t go poking around in the hive every day, you do end up spending quite a bit of time watching what’s going on,’ Martin explains. Checking the bees have enough food to help them survive the winter is a priority: ‘You can see if they are bringing back pollen, because their back legs are in their pollen baskets when come back into the hive. That way you know they’re bringing back food for the colony.’ 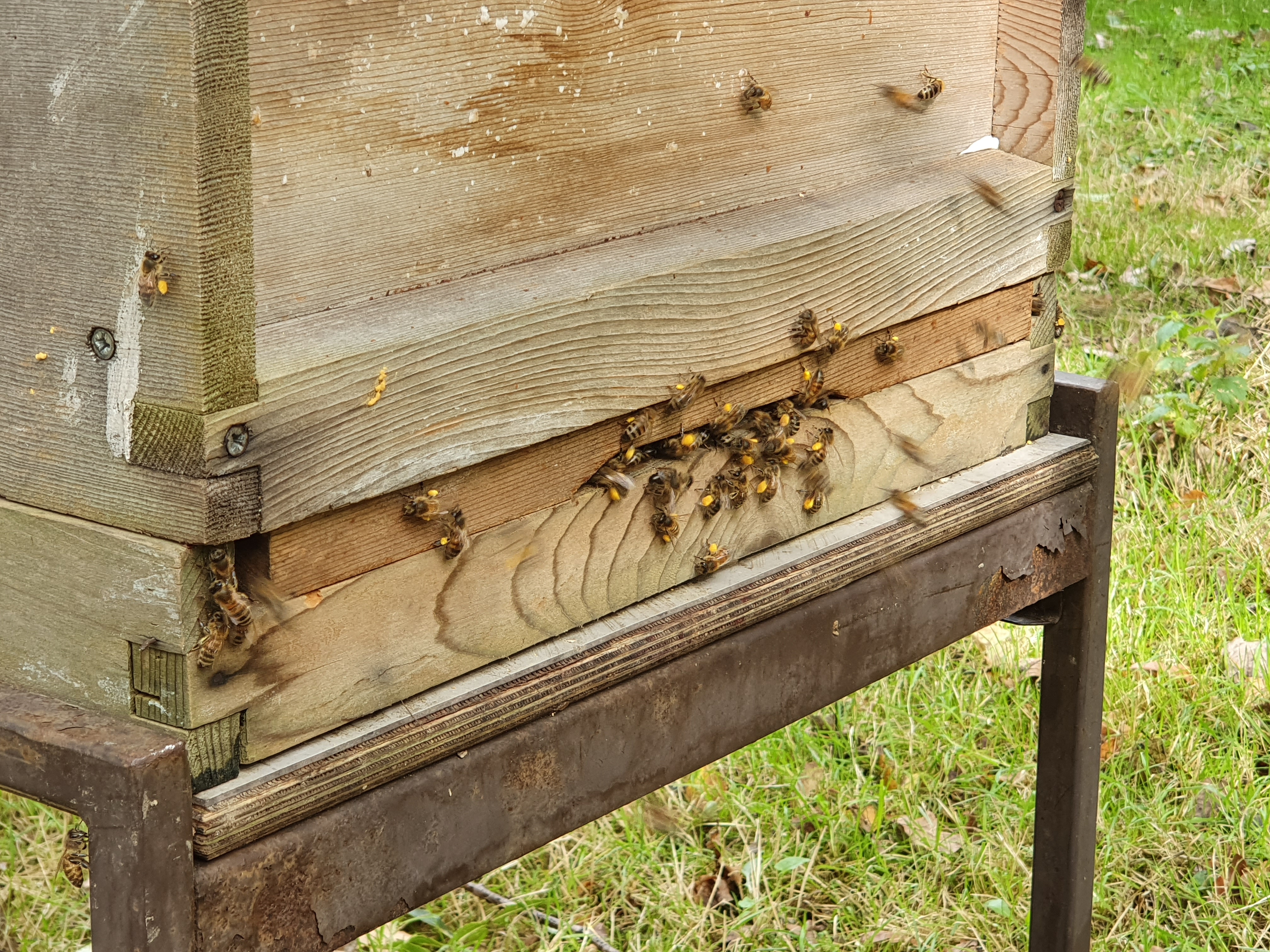 But this is more than just a peaceful hobby; bees play a fundamental role in the food chain and drawing attention to that is one of Martin’s missions. ‘Without bees, there would be very little pollination of the food we all eat. People are so used to popping to the supermarket but they haven’t joined up the dots of how our food got there. Without pollinating insects like bees, the fruit and vegetables that we enjoy wouldn’t be available.’ According to Friends of the Earth, without bees it would cost UK farmers £1.8 billion to pollinate our crops. ‘People think of them as pests, but they’re really not!’ Martin adds.