2015 has been a fantastic year at Perseverance Works; from clean travel to food, charity to art, here is a selection of our top achievements.

Green travel was given a boost at PW

When it came to travel, we had a clean, green 2015 at Perseverance thanks to a handful of initiatives. 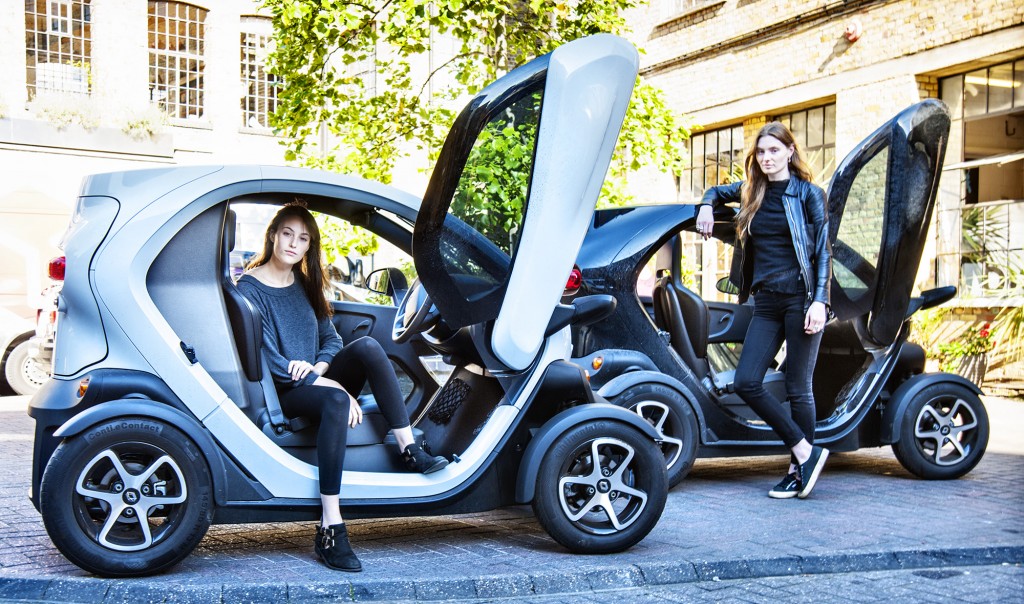 As of July, tenants at Perseverance Works were fortunate enough to have two Twizys on site. Generously organised by Fearlessly Frank and provided by Renault, the electric vehicles were available free-of-charge for all tenants wishing to zip to a meeting in the city or ease the daily commute. With Hackney one of London’s most polluted boroughs, it’s never been more important to think clean and green when it comes to travel.

Cyclists were also given a boost thanks to Dr Bike, which provided a couple of free bike check-ups during the year, making small repairs and adjustments on the spot to fix your ride. And in September, tenants took part in Cycle to Work Day, dusting off their trusty steads and using pedal power to get to work.

In September, local businesses clubbed together to bring Fund the Farm to the PW courtyard. Music was provided by the brilliant BOOM La TETE and Silencer, and donkeys Clover and Larry made an appearance. 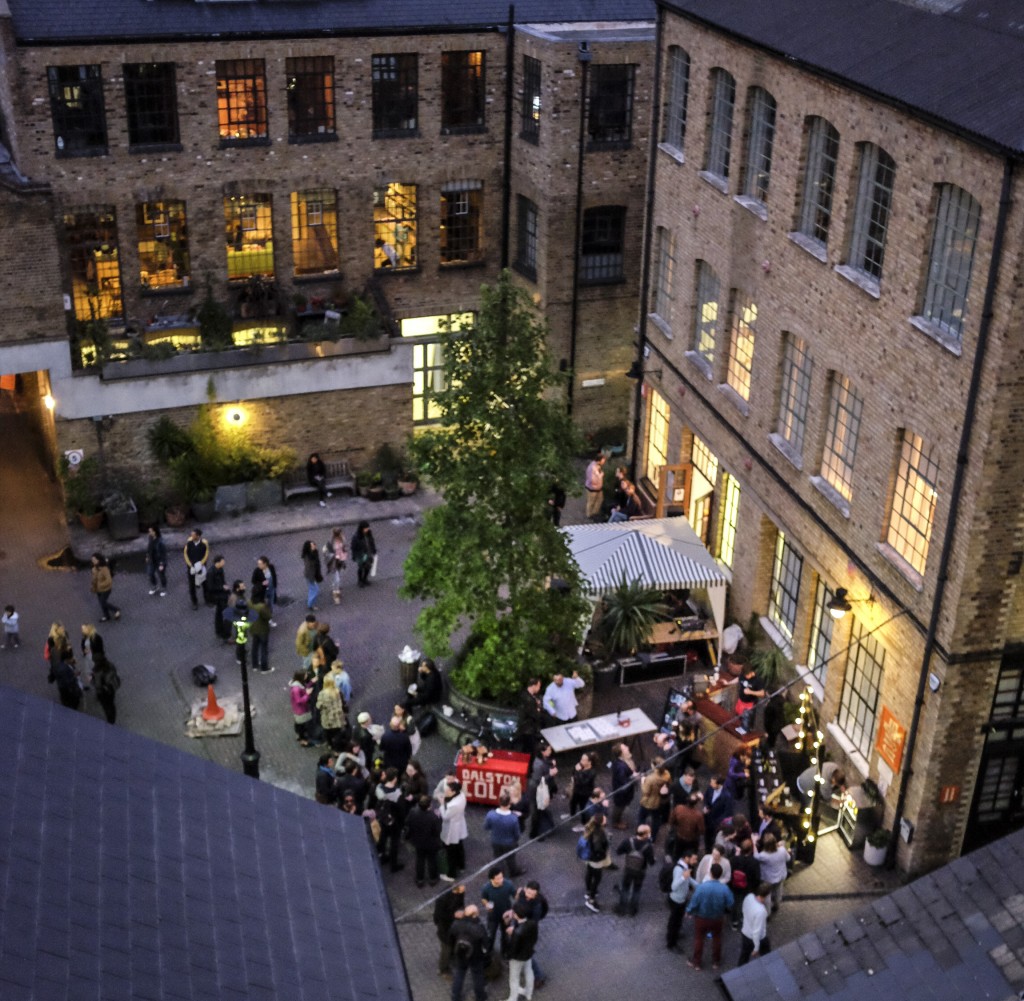 There was also a beautiful print sale held by Central Illustration Agency. The evening of craft cider, craft beer, natural soft drinks and fried chicken raised £1080.30, all of which went to Hackney City Farm to help it remain free for visitors.

In October, jj Locations’ annual coffee and cake morning raised £600.85 for Macmillan, smashing the original fundraising target of £500. The event took the total funds raised at PW in just over a fortnight to almost £1,700!

In September, PW made a £500 donation to Homes for Humanity, a not-for-profit project to help rebuild the homes that were destroyed during the terrible earthquakes in Nepal. The charity was selected by Khagen, security manager at Perseverance Works and a Nepalese citizen. 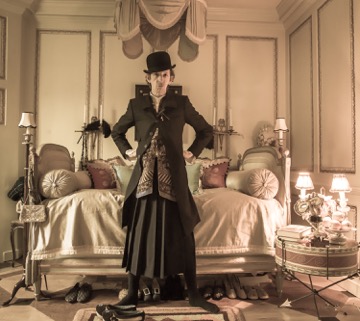 In March, jj Locations was home to Shoot the Owner, an exhibition that put location owners in the spotlight. The subjects of the 40-print show reflected the beautiful spaces on JJ’s books. Needing to showcase both people and location, the photographs had to incorporate aspects of portrait and landscape in the same frame. The result was an exciting exhibition that gave us a chapter from the story behind the locations.

Having supported local artists earlier in the year by turning their Great Eastern Street building into a canvas for Hackney artist Camille Walala, Splice hosted an open evening of workshops, demonstrations and talks in September as part of the Shoreditch Design Triangle.

Kitchen in the Courtyard

PW was able to offer al fresco dining to tenants thanks to a programme of culinary delights throughout the summer months. Hungry tenants visited various pop-up kitchens, sampling the wares of local businesses. Next year’s schedule is being drawn up; fingers crossed for more treats in the courtyard in 2016!

Cog in the Works showcased diverse talents at PW

In-depth interviews with both Rachel Du Preez, founder of Union Models, and Phil Handford, creative director at Campaign, gave us an insight into the businesses built at PW. 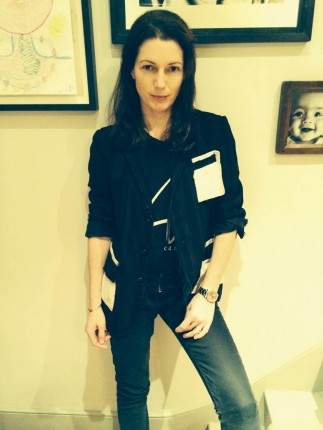 In early 2015 listed US giant Wilhelmina Models, founded by Dutch supermodel Wilhelmina Cooper, acquired Union Models. Rachel talked to Works Post about starting her business with six models on the books to selling to a US giant.

Though Union has always had an international outlook, the new partnership means the agency is now able to pack a stronger punch in the global arena. “We have the support and commitment of this much bigger player, which has such a solid reputation. We’re enjoying that already,” says Du Preez. With the support of Wilhelmina’s 90 headcount, Union’s seven-strong staff base is now part of a much larger family.

Phil Handford spoke to Works Post about the future of retail spaces, expansion into Shanghai and flying to work! 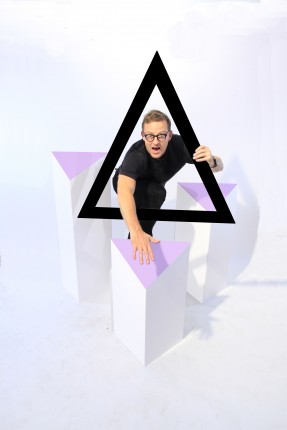 He said: “I originally wanted to be an artist; I love art installations. I tried to get on a degree in Brighton and they wouldn’t have me. So I looked into architecture, but it’s seven years and I couldn’t wait that long to get a job. Interior design seemed like quite a creative course, so I did that down in Brighton. I then spent twelve years working in interior design for shops, and started Campaign six years ago. I’d worked with Christopher Bailey at Burberry and he told me I should work for myself – so I did!

It’s been a real learning curve. Every week there is something interesting going on. The big challenge is juggling – wearing a few different hats. Being finance director, creative director, doing big presentations to clients, being a dad, being a husband, a son, and having a dog. Mix all that up together and it’s a big challenge!”