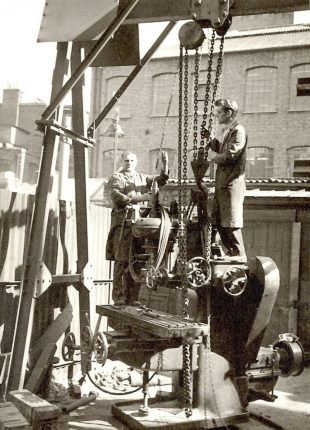 This year, we were listed as a local heritage site in recognition of the cultural interest of the converted warehouses and workshops, and the site’s aesthetic value. On the back of this listing, PW commissioned Dr Ann Robey, an architectural historian and heritage consultant, to find out more about the history of the site.

Ann started her research by looking at early maps of the site, discovering that PW was originally used for gardening and farming. She then began to scour Hackney Archives, where she found a  pamphlet from c. 1901, which outlined the tough conditions workers endured at the Hackney Road Works, including 12-hour days and strict rules on noise in the dining rooms. A number of illustrated, printed advertisements from the archive give an excellent overview of the products manufactured at the Works during the period.

We then made our very own podcast! We interviewed Carol Metcalfe, whose father began working in the maintenance team at PW in 1936, where he stayed until the 1980s. Carol told us some fascinating stories that brought to life the hustle and bustle of life at PW over the 40-year period. But perhaps her most captivating tale was of a man who used a straw to siphon off the cyanide used in an onsite plating process!

We welcomed a creative delegation 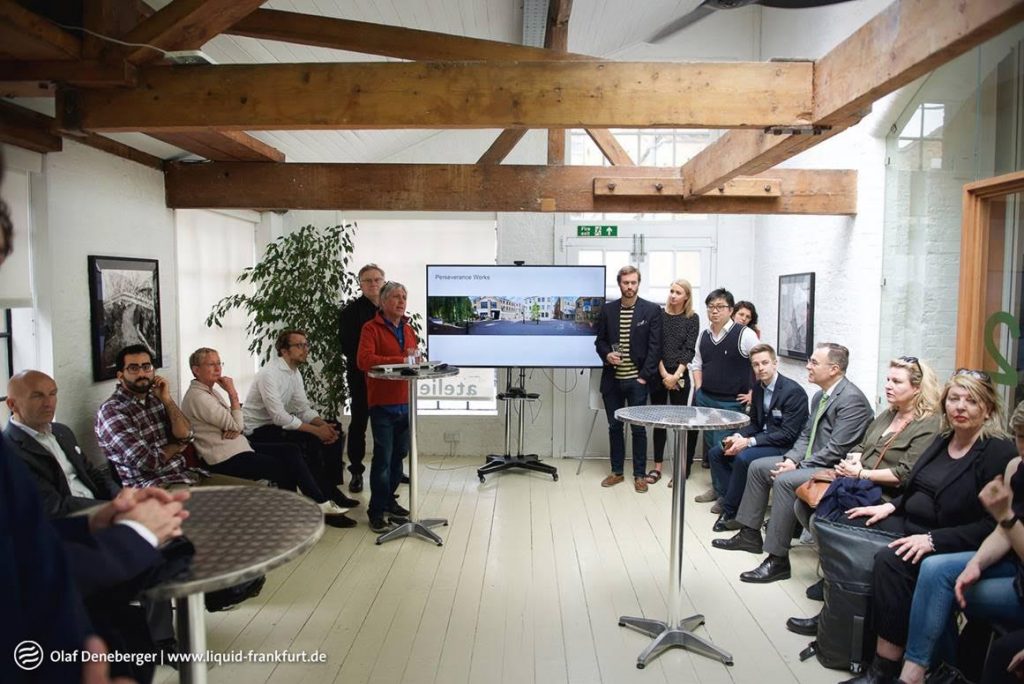 In the summer, we welcomed representatives from the German creative and cultural industries. The 37-strong delegation was led by the Deputy Minister of Hessen, Marek Al-Wazir. We talked about developments in the British creative industries, German-British co-operation after Brexit and the technological aspect of creative innovation.

Start-up companies, innovation, inclusive entrepreneurship, CSR, and digitalization were also discussed, and delegates tried to understand what makes London such a creative place, and what Frankfurt can learn from the capital. 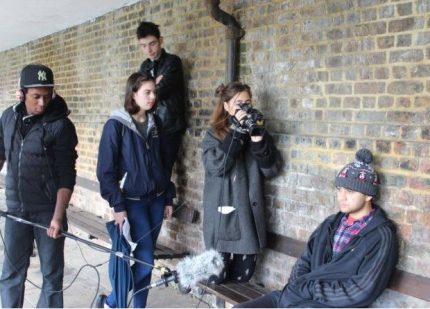 Collaborative working is at the heart of PW. In August, we outlined the ways some of our tenants are working together to help young creatives into the industry.

Speaking about how organisations can work together to benefit people, Matt Lane of Eastside emphasised the importance of sharing resources available at PW, highlighting that a lot can be achieved by one hub working together to develop talent.

Matt said: “The creative industry offers huge scope and there are different ways people here can offer help in breaking into the industry. We do a lot of things in the television and film world and other people do more in terms of photography. jj Locations are offering studio space and locations so I think there is a lot – if not everything! – on offer here for people who are interested in it.”

Eastside is also keen to pursue collaboration. In January, Matt joined as its new chief exec and artistic director. We caught up with him to talk about his plans to use architecture to engage more young people in the community.

Later in the year, Eastside and jj’s recently launched jj Foundation announced their inaugural Photography Awards for Young People, inviting young people to submit up to three images in categories such as portrait, landscape, street photography, still life/art and fashion.

In early Spring, merchandise platform Everpress held a privateview at Hoxton Arches and sold limited edition t-shirts designed by 50 of today’s most influential artists. 50% of all profits went to UK charity Trekstock, to support their work with young adults with cancer.

Team jj, who also organised their annual bake sale for Macmillan earlier this year, ran the Hackney Half for the NSPCC. There were some tired legs at the end, but it was all worth it.

“NSPCC are the only charity fighting to end child abuse in the UK and Channel Islands. They help children who’ve been abused to rebuild their lives, protect children at risk, and find the best ways of preventing child abuse from ever happening. 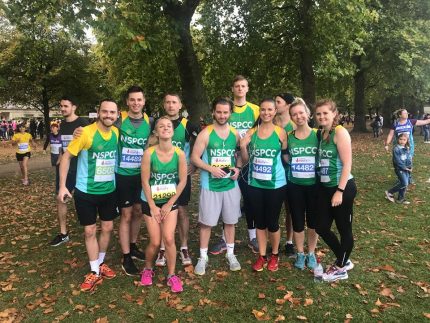 We want to inspire young people to flourish, follow their dreams and fulfil their true potential and without the work of the NSPCC, sadly, in some cases, this simply wouldn’t be possible. We stand with the NSPCC against child abuse and would appreciate any donations for this great cause.”

Katie ran the New York Marathon for Every Mother Counts. The charity helps mothers around the world get access to essential maternity care. In some parts of the world, women have to walk 8 miles on average to reach the nearest health facility – even during labour. When they reach the clinic, they may find there is no healthcare provider to help them, or that the clinic lacks the supplies they need.Almost 70 runners joined forces on the EMC NYC 2017 marathon team, raising close to $200,000 between them. Congratulations to all runners!