A lot has changed at Perseverance Works over the last decade! Read on for a round-up of the major events and developments that have shaped the site and our community over the last ten years.

We gave green transport a boost

beryl’s bikes zipped around the city

In 2018, former PW tenant beryl launched #secretcycles for use at PW. Their free-to-use bike-share scheme was made available for exclusive use by the PW community, and ran as a test-bed for the new bike-share technologies they were developing as part of a project looking at of bike-sharing in the city. As of 2020, PW will be offering tenants free use of bicycles (pictured below) to encourage greener modes of transport. Stay tuned for more information! 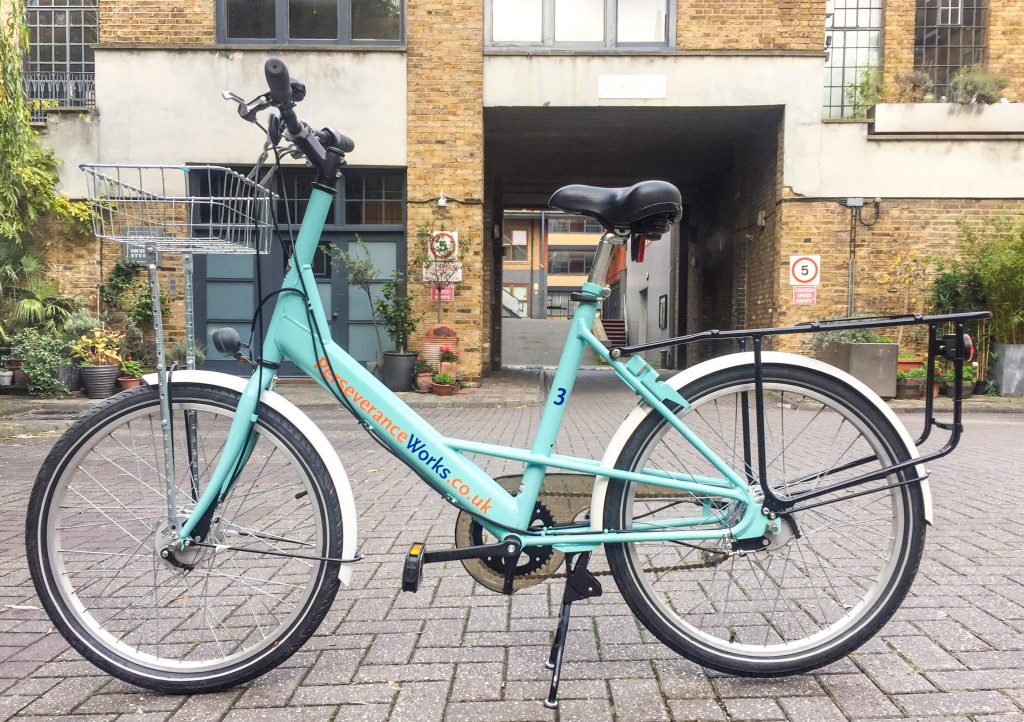 Bikes weren’t the only eco-friendly mode of transport offered to PW tenants; in 2015, we enjoyed the use of two Twizys on site. Generously organised by Fearlessly Frank and provided by Renault, the electric vehicles were available free-of-charge for all tenants wishing to zip to a meeting in the city or ease the daily commute. The electric e-vehicles charge through a regular three-pin plug, and can run for around 50 miles on a single charge. Exempt from both road tax and congestion charge and available free of charge to PW tenants, the Twizy was an environmentally friendly and cost-effective way to get around.

To read more about beryl (formerly known as Blaze), check out an article we wrote about their mission to make city cycling safer, or take a look at their website. Cyclists might also like to check out beryl’s latest podcast on how to lock your bike up properly – an essential skill in London!

We got our security company up and running 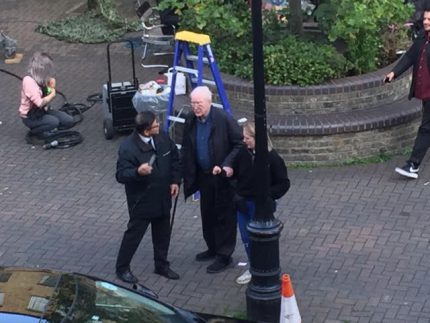 In 2009, PW decided to take security in-house and set up our very own security company. In the last decade, Perseverance Works Security Limited has gone from strength to strength! Not only has the business proved a cost-effective way to manage security on-site, we have also benefitted from the stability of having our own permanent team to oversee the safety of tenants at PW.

We would like to thank Khagen (pictured here meeting Sir Michael Caine!) and his team for keeping us and our properties safe over the years.

Plans for 2020 include the provision of a much improved, permanent security cabin for the team by the fire escape at Unit 21. Watch this space!

We upped our recycling campaign 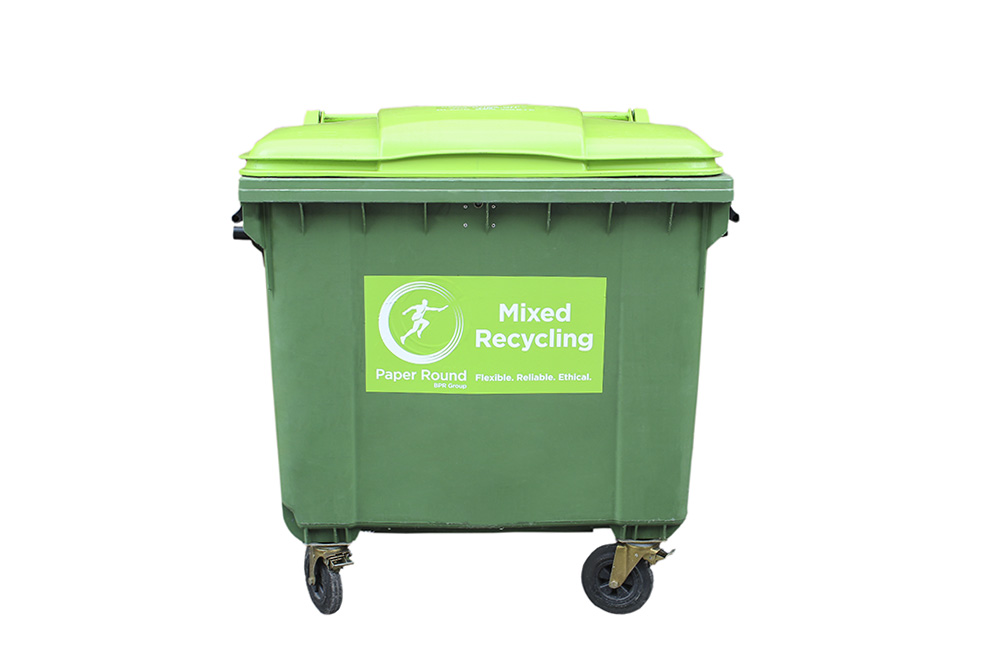 We continued our commitment to protect the environment. In December 2017, Paul paid a visit to our recycling firm Paper Round to see what happens to our waste once it leaves the site with sustainability consultant James Robb. “We saw first-hand the Paper Round ‘MRF’ in action, sorting the recyclable waste and compacting it into bales for reprocessing into useful raw materials – glass, metals, plastics, paper and food,” said James.

Following on from this visit, and conversations with James and Fred from Paper Round, we invited all shareholders to a small conference to discuss new recycling strategies. James reviewed our total waste figures over the years, and found that on average, we recycled just 38% of our waste in 2017. To help us increase this figure, James gave us some handy hints: 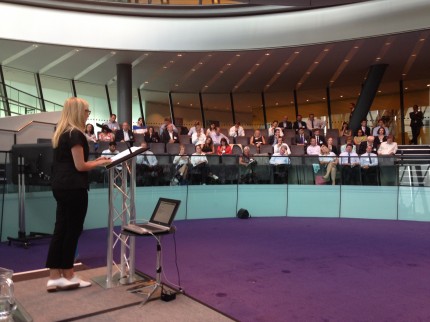 In 2014, our campaign to provide fibre optic connectivity to all PW tenants ended in success. Following a long campaign to receive government funding (which culminated in a visit to City Hall),installation began on-site. And with a second, back-up fibre line into PW installed in 2019, we are now more connected than ever!

You can read more about our journey to high-speed connectivity here. 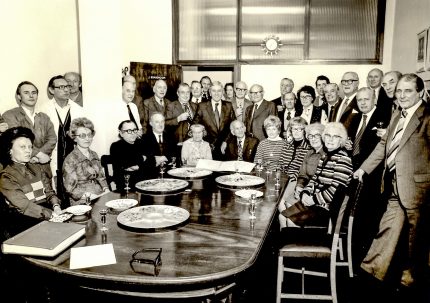 In 2017, we were listed as a local heritage site in recognition of the cultural interest of the converted warehouses and workshops, and the site’s aesthetic value. On the back of this listing, PW commissioned Dr Ann Robey, an architectural historian and heritage consultant, to find out more about the history of the site.  Ann started her research by looking at early maps of the site, discovering that PW was originally used for gardening and farming. She then began to scour Hackney Archives, where she found a  pamphlet from c. 1901, which outlined the tough conditions workers endured at the Hackney Road Works, including 12-hour days and strict rules on noise in the dining rooms. A number of illustrated, printed advertisements from the archive give an excellent overview of the products manufactured at the Works during the period.

We then interviewed Carol Metcalfe, whose father began working in the maintenance team at PW in 1936 (where he stayed until the 1980s) and made our very own podcast! . Carol told us some fascinating stories that brought to life the hustle and bustle of life at PW over the 40-year period. But perhaps her most captivating tale was of a man who used a straw to siphon off the cyanide used in an onsite plating process!

We started yoga at PW

In late 2018, Kate from Atelier Ten proposed a weekly yoga class for anyone who lives and works at PW. Held on the rooftop in the summer months and at Eastside during colder weather, the classes gave tenants a chance to take a breath during their working day. Kate even wrote us a short piece about the many benefits of yoga:

Get away from your screen for an hour

Put away your phone, your laptop, your other phone, and turn off your desktop computer for 60 minutes. No distractions, no other requirements or demands on your time.

Yoga is good for our mental health

Yoga is good for flexibility – and for strength

We’ve all seen the bendy-yogi-pretzels. That is not the goal of this class. However, if you practice sports or other fitness modalities where you are continuously contracting your muscles, yoga will help lengthen and stretch them. This can improve your performance, help prevent injuries, and increase range of motion.

The head is heavy – if you are often letting it lean forward (while reading your phone, say), this will fatigue the muscles in your neck and back. Practicing yoga will help you be more aware of your posture, find good posture more quickly, and relieve tension from poor posture.

Breathing is so good for you

We know that we can’t live without our breath. But how often do you really think about your breathing? Try this simple exercise wherever you are right now:

Feel your feet on the floor. 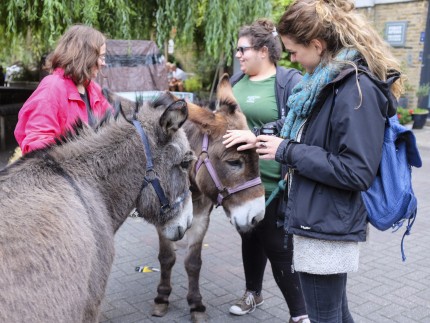 We have also supported charities closer to home. Last year, we gave our annual £1,000 charity donation to Eastside (who celebrated their 25th birthday in 2019!). We have also tried to support charities further afield; in 2005, we donated to Homes for Humanity, a not-for-profit project to help rebuild the homes that were destroyed during the earthquakes in Nepal. The charity was selected by Khagen, security manager at Perseverance Works and a Nepalese citizen.

We had Bollywood (and others!) on site

Courtyard location fees continued to raise money to invest back into PW for the benefit of tenants and shareholders. Fees have funded courtyard planters and plants, a 14-camera CCTV system, courtyard furniture and the new PW bikes (among other things!).

Last year, Bollywood actors were among the many visitors to the site; 2020 will see the release of Jawaani Jaaneman, a Hindi-language drama part filmed at Perseverance Works. You can watch the trailer below!

We shared the stories behind the businesses at PW

In 2013, the Works Post series Cog in The Works kicked off , giving readers the chance to get to know more about PW tenants and the story behind their profession. The series started with an interview with Ahmet Boga – PW’s second ever tenant – who shared this photo of the Queen at PW! 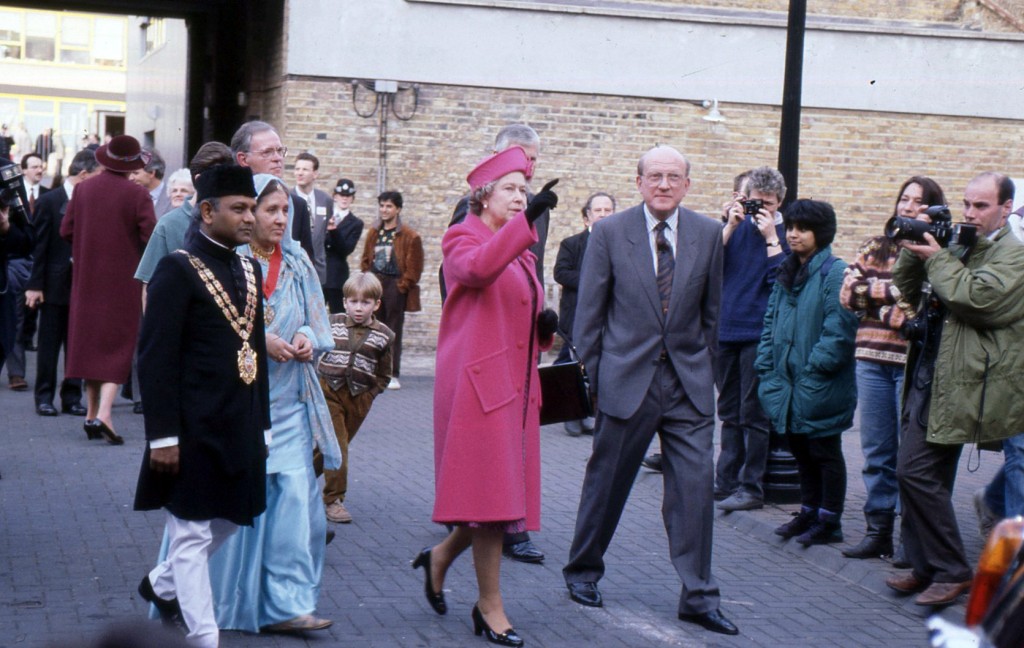 We have since spoken to Chilly’s Bottles about single-use plastic and digital marketing, heard from Matt at DV Talent on 15 years in Fleet Street and learnt about the world of healthy buildings from Atelier 10.

If you’d like to be interviewed for the series, then please do get in touch via Paul!

Best wishes to all tenants and shareholders for a happy and healthy decade to come!